The Street Level contains several pods that alert you the changes to your team(s) Accounts. It is divided in to several areas, allowing you to see when a change is made to a followed Account, new Prospects added by your team(s), and your team(s) upcoming pending deals. To access the Street Level, click on Street Level from the Menu Bar. 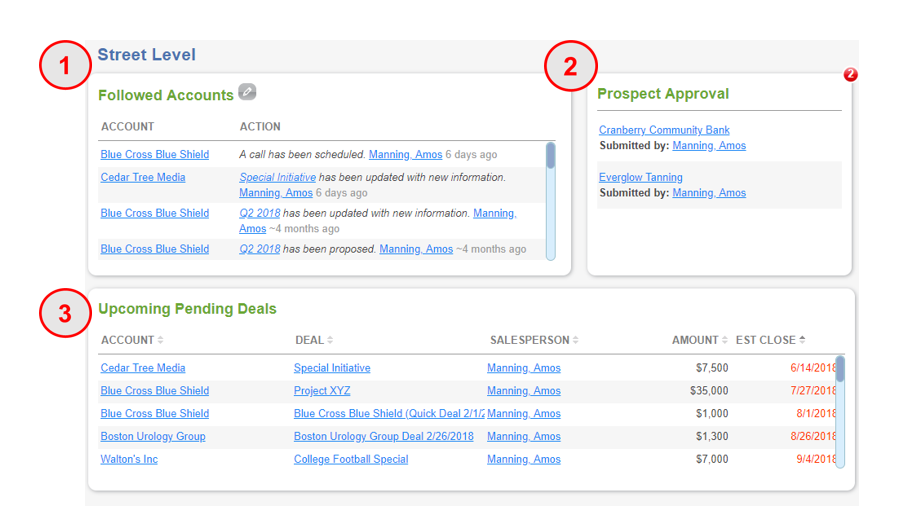 1. Followed Accounts: Lists the actions that have occurred to the Accounts that you are monitoring. The actions reflect the activities/deals completed or scheduled by your Account Executive and it won't list billing changes.  This list is maintained by you and can be edited at any time. When an action occurs to a deal or an activity for an Account that you are watching, you will be alerted in this pod. The data will be listed by most recent action. A maximum of twenty Accounts can be followed.

3.Upcoming Pending Deals:  It will list the deals that are scheduled to be closing soon. If the Est. Close column is in red , it means that the deals should have been closed already based on the time-frame entered . This will enable you to reach out to your team and check the status and if the deal needs to be close, or adjusted as needed.